December 25, 2016 Blog, Featured No Comments
I
f you’ve been following my work on Reddit, it’s probably not the first time you’ve heard me talking about my “ancient” iMac which happens to be “slow as shit”. That happens to be only half-true because the computer is not as old as I thought it was. This weekend, the “slow as shit” problem was solved as well — by upgrading it with a new solid-state drive (SSD).

I discovered that my iMac is actually a mid-2011 model while I was window shopping for a new computer over the holidays. What this means is that my iMac sits on the sweet spot between the older models that MacOS no longer supports and newer models that don’t have a disc drive or SD card slot, amongst other useful shit that Apple sacrificed for a slimmer profile.

Prior to this little project, I had absolutely no experience tinkering with the insides of a computer (or any electronics for that matter).

My knowledge of hardware is only limited to:
CPU = processing, and more RAM = better.
If you’ve got a 2011 (or newer) iMac and you’re wondering if you can install the SSD on your own, the answer is probably “yes”. It is much easier than it looks.


This is not a tutorial, it’s an account of what I did. If you have ever put together Lego bricks from instructions, you can do this too. I scrutinised this set of instructions from iFixit for days while waiting for the parts I ordered to arrive, and had the embedded Youtube video tutorial playing on a separate screen while installing the SSD — it took me less than an hour to complete it.

I started by ordering this DIY kit from iFixit. 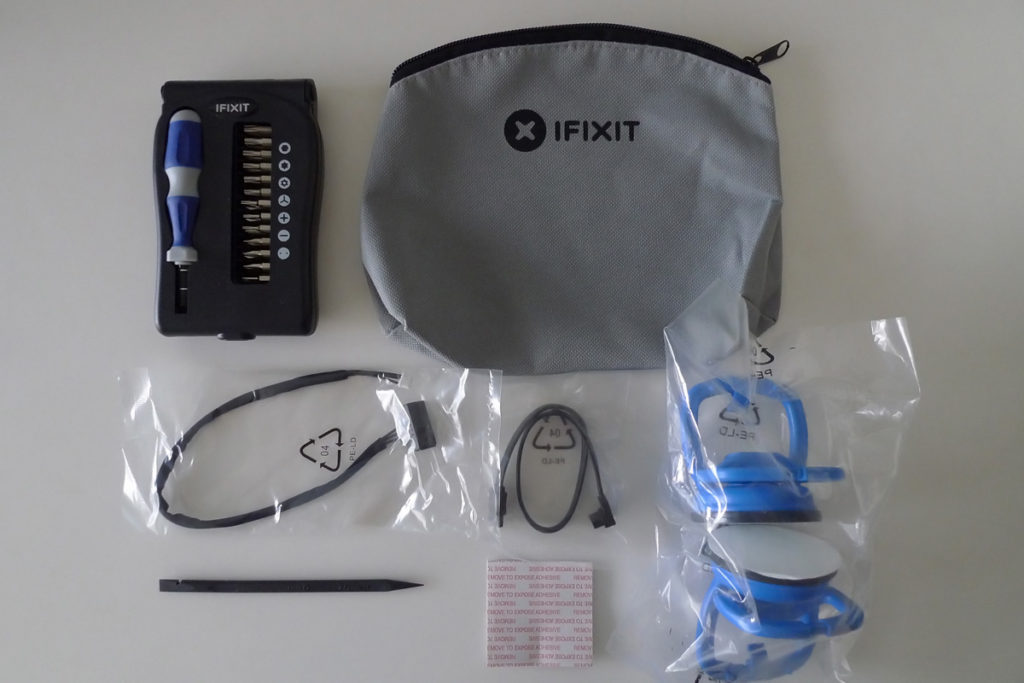 The contents of the kit are much nicer than I expected, it even comes with a nice little zip-up pouch with the iFixit logo. The suction cups, as you would learn from the linked tutorial, is for removing the glass screen to access the guts of the iMac. 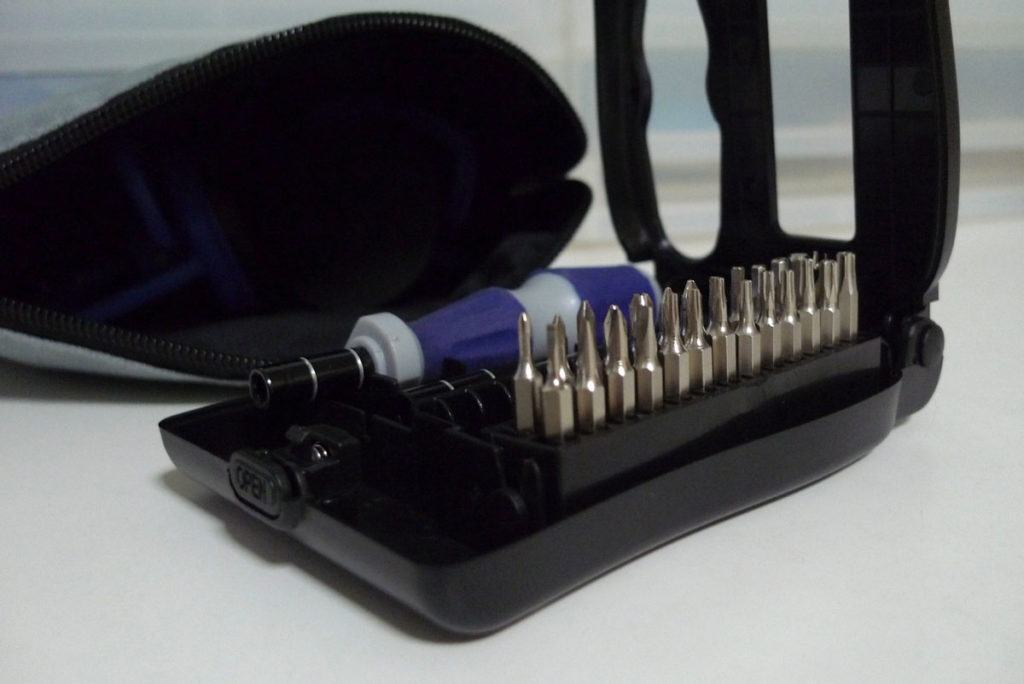 The 26 bit driver set was also a pleasant surprise. The spring-loaded case rotates the bit holder into an upright position as it opens. Don’t make the same mistakes I made — you don’t have to guess the shape and size of the bits — the bits are engraved on the side with their respective names (T10, T6, etc). 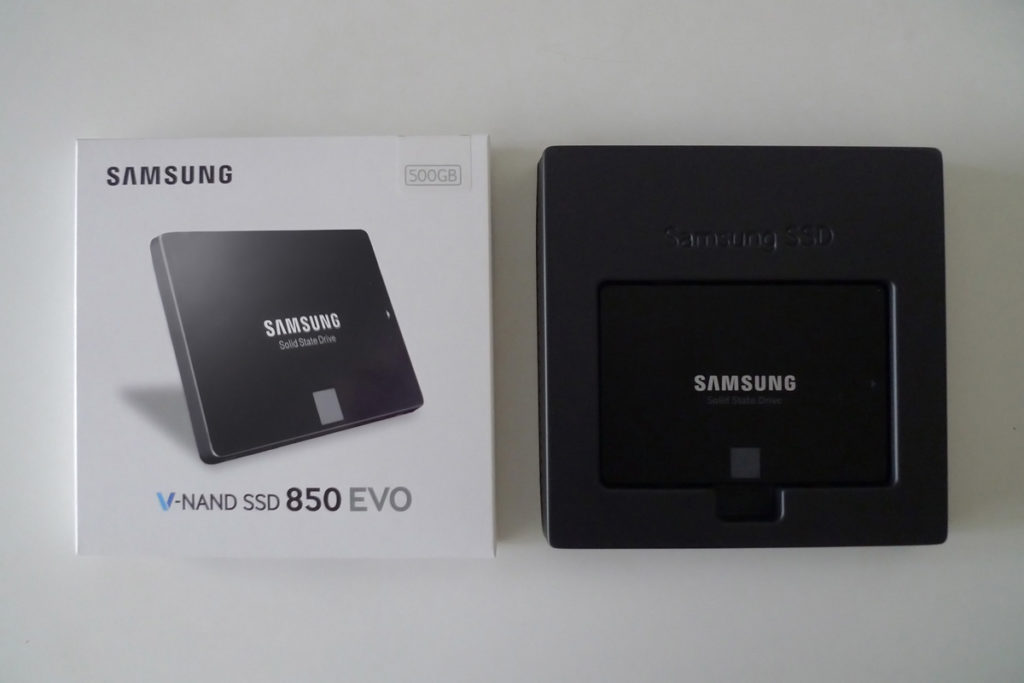 (If you intend to upgrade your iMac, I would really love it if you purchased the upgrade kit or SSD by clicking on the referral links above. Every cent counts — it helps keep my site running!)

My decision to use Samsung SSD was based on reviews from people who’ve successfully installed it in an iMac, and the comparisons with other brands I’ve read about. It doesn’t hurt that the 850 EVO has a longer expected lifespan. TL;DR — 5-year warranty vs 3-years for other brands (and most other Samsung models).

Before opening up the iMac, I decided to clone the contents of my HDD onto the SSD with the help of an external USB-SATA adaptor from my Seagate GoFlex external hard drive (you may do this with a SATA HDD enclosure too). This way, I can catch any problems before embarking on the complex task of taking the iMac apart. I had a moment of panic when the brand new drive could not be detected on my iMac, my Macbook Air and a Windows laptop. 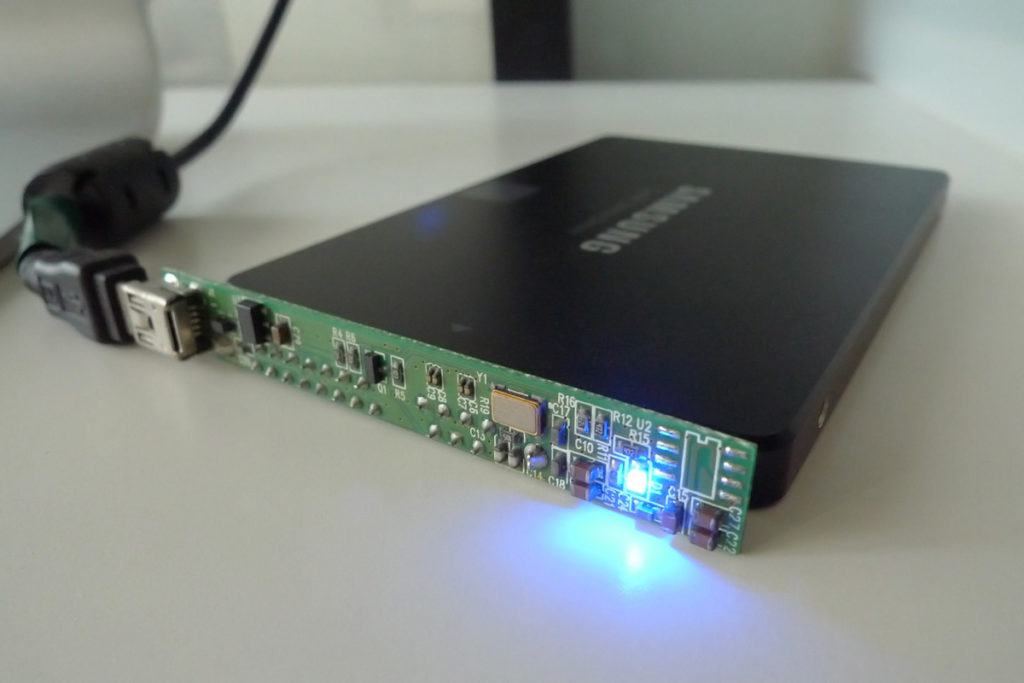 I’ve googled all the key phrases related to SSDs and Macs but the answers have been vague. I’m still not sure what the problem is, but I suspect that it has something to do with the power supply. The SSD shows up again as an uninitialised drive once I switched to an older USB 2.0 adaptor that I butchered from an old broken hard drive. Everything went smoothly after the successful cloning of my HDD.

Like I mentioned earlier, this is not a tutorial. I simply hope that my personal experience can help demystify the process for anyone considering an upgrade. The steps involved after removing the glass screen may look very intimidating: 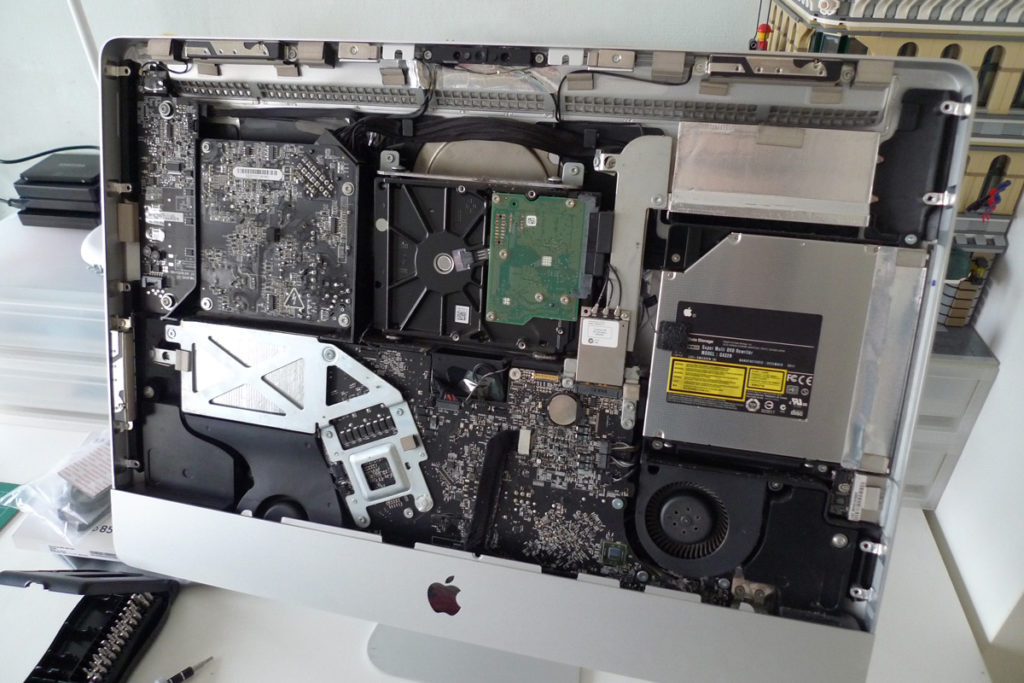 It made a lot more sense and seemed less daunting after I watched the video tutorial a couple of times. The removal of screws and unplugging of wires all work towards one objective: to stick the SSD behind the DVD drive and plug the wires behind the logic board (AKA motherboard). 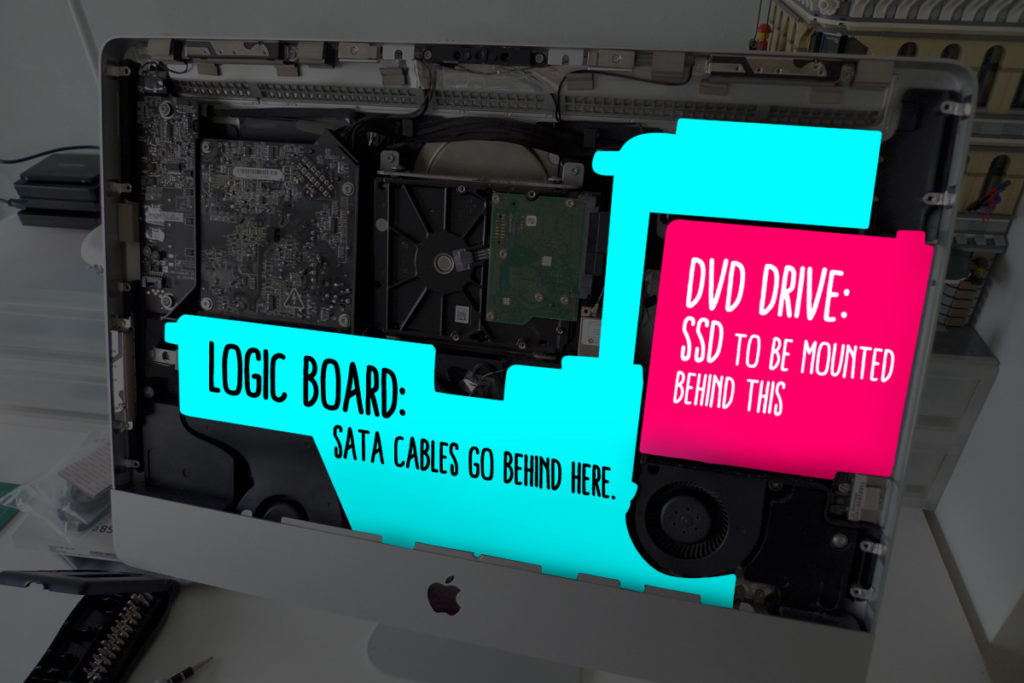 By pausing and restarting the video tutorial on a separate screen as I go through the steps, I was able to finish the installation in less than an hour. It was really less scary than it looked — all my initial concerns seem unimportant in hindsight: 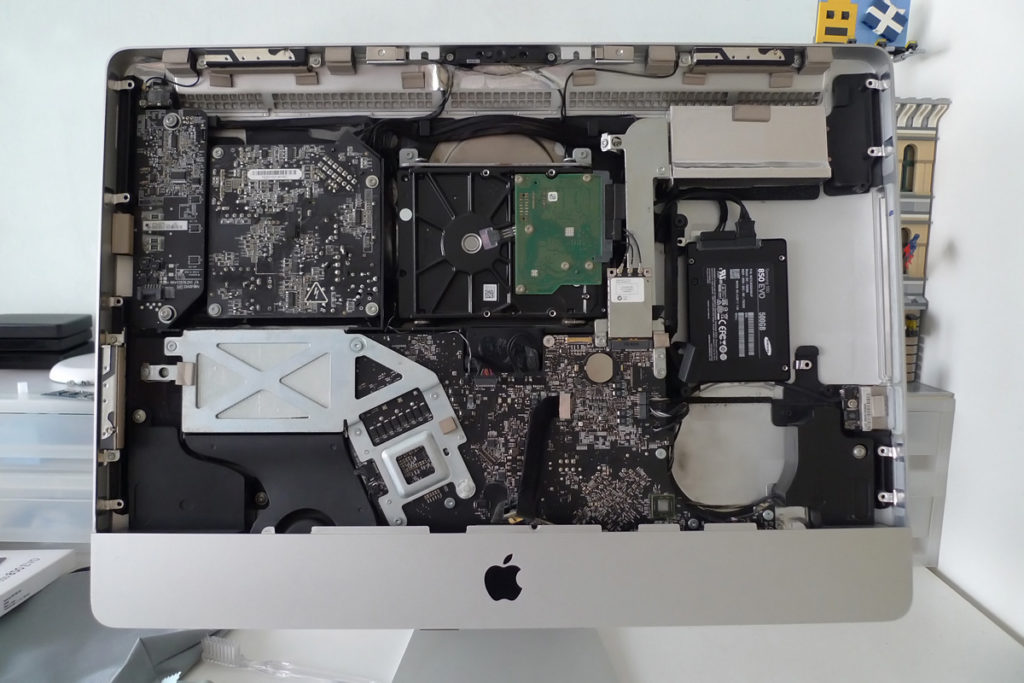 With the SSD stuck in place with the thermal mounting tape, you can put everything back together again. An unexpected bonus is that the screen became visibly brighter and sharper after rebooting the iMac — a thin film of dust has gathered over time, and this was removed when I cleaned the glass screen before closing resealing the iMac.

Having said all that, here’s the results of a disk speed test for my old HDD: 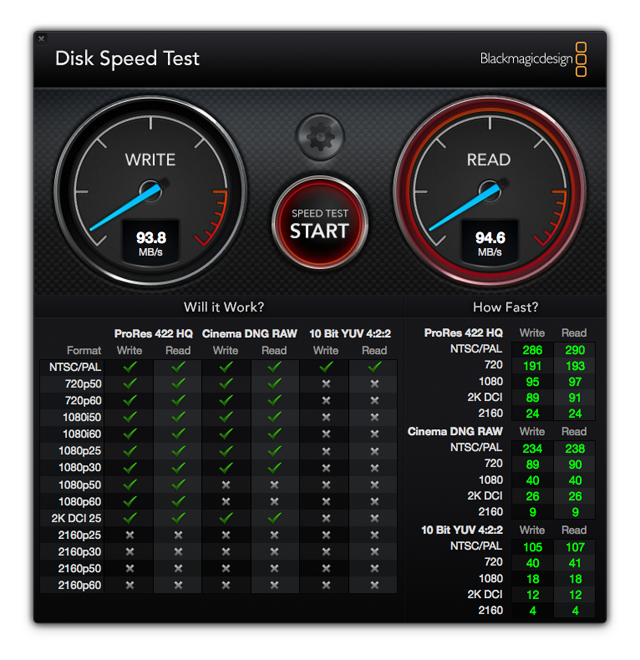 Before the upgrade, the iMac took 1 minute 45 seconds to boot up, while Photoshop took more than 30 seconds to launch. I made the new SSD my boot drive and the computer boots up in 20 seconds while Photoshop launches almost instantaneously (4 seconds). The speed test shows that the read/write speed is 5 times faster than the old HDD: 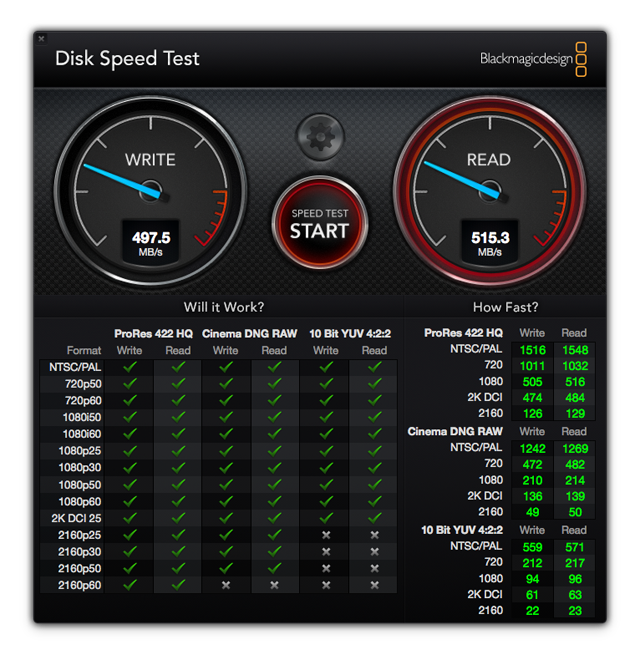 It feels like I’ve got a new computer for the price of a storage drive. If you’ve somehow found this page while searching for reviews or tips on how to make your aging iMac run faster, I can’t recommend this enough: Upgrade to an SSD. Do it.