Home » Tutorials » How to Create: Vintage Hand-Painted Effect With Photoshop 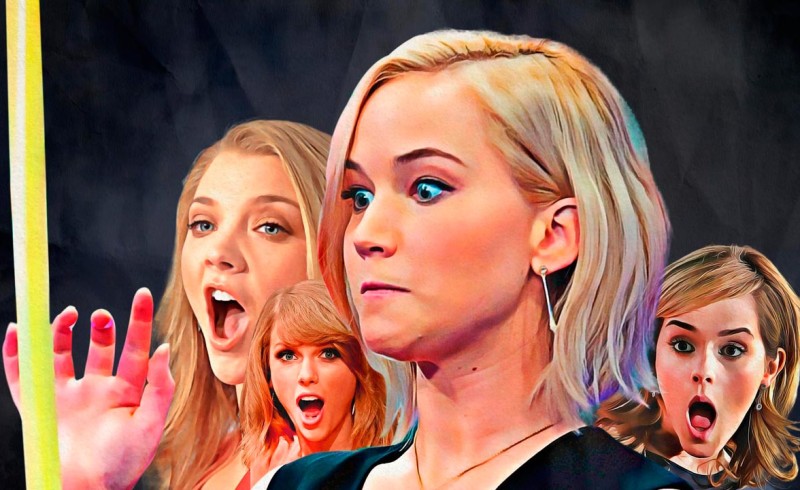 April 1, 2016 Tutorials 5 Comments
O
ne of my most frequently requested tutorials on Reddit’s /r/photoshopbattles is the vintage painting effect I often use for my film posters, most notably for the NSFW Expectations series. In this tutorial, I’ll show you how the effect is produced. When done right, it’s one of the most visually rewarding and versatile effects you can pull out of your graphic arsenal.

Until now, I’ve only managed to explained it in bits and pieces on Reddit—not for selfish reasons, but because it’s a mish-mash of techniques and intuition I picked up over the years. Before you attempt this tutorial, please note that filters are only 20% of the texhnique. The rest are colour adjustments that require your own judgement and experience to get the look right. Having said that, I included as many screenshots of my adjustment panels as I could.

There’s not much flashy Photoshop trickery involved. If something doesn’t look right, the adjustment bar only goes two ways—slide it either way until it looks right.
I’ll be using this image as an example, and here’s a before/after of the vintage hand-painted effect: 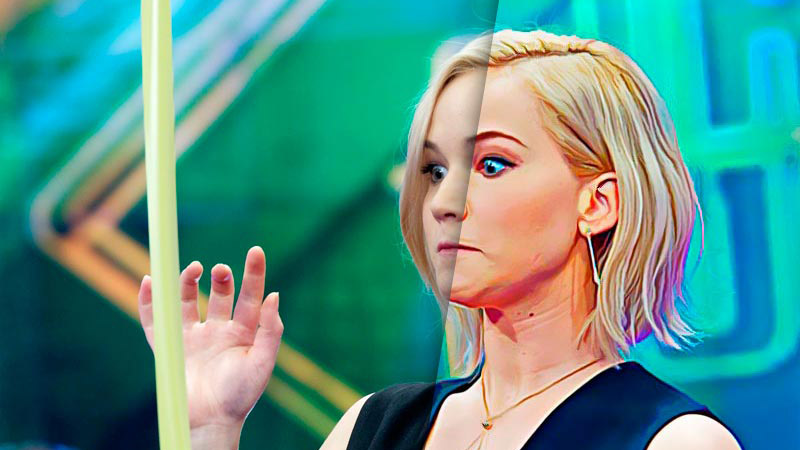 First open the image in Photoshop, then…

Create slight S-curve with curves adjustments to bring out the contrast between the dark and light areas of the face. An image with harsh lighting works best for this effect. If the lighting in your image looks flat, use the dodge and burn tool to create areas of contrast between the shadows and highlights of the face manually (pay attention to the nose bridge and cheekbones). 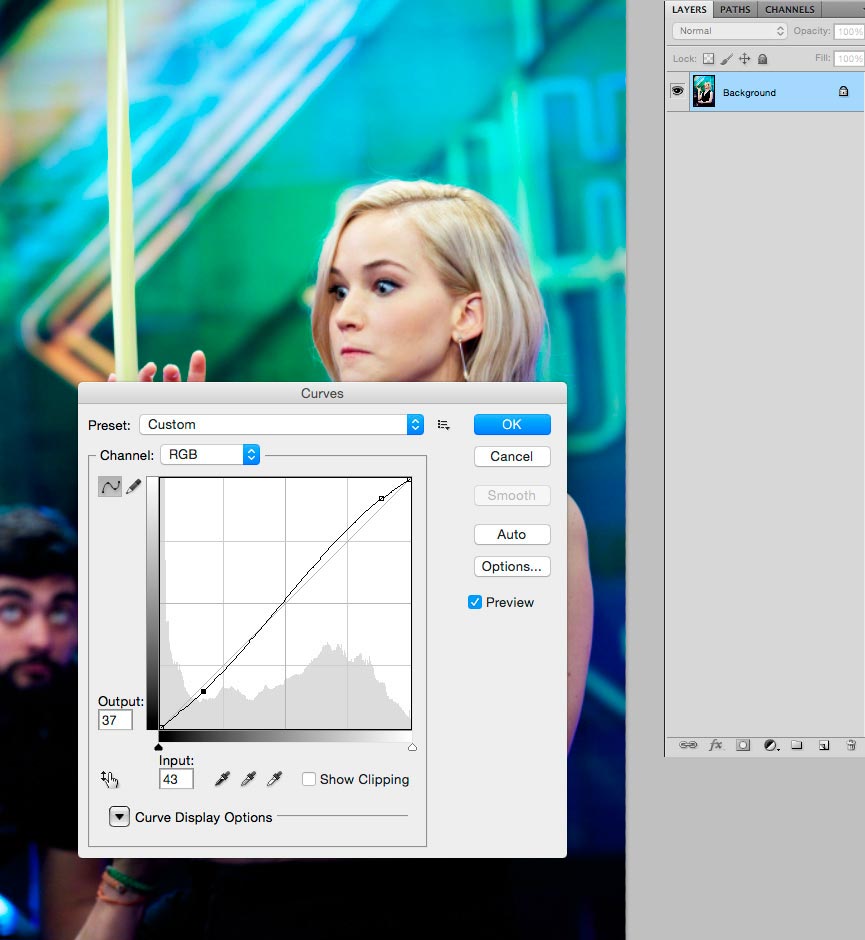 Use Vibrance and Saturation
adjustment to increase the vibrance and decrease the saturation of the image (around +20 and -20). 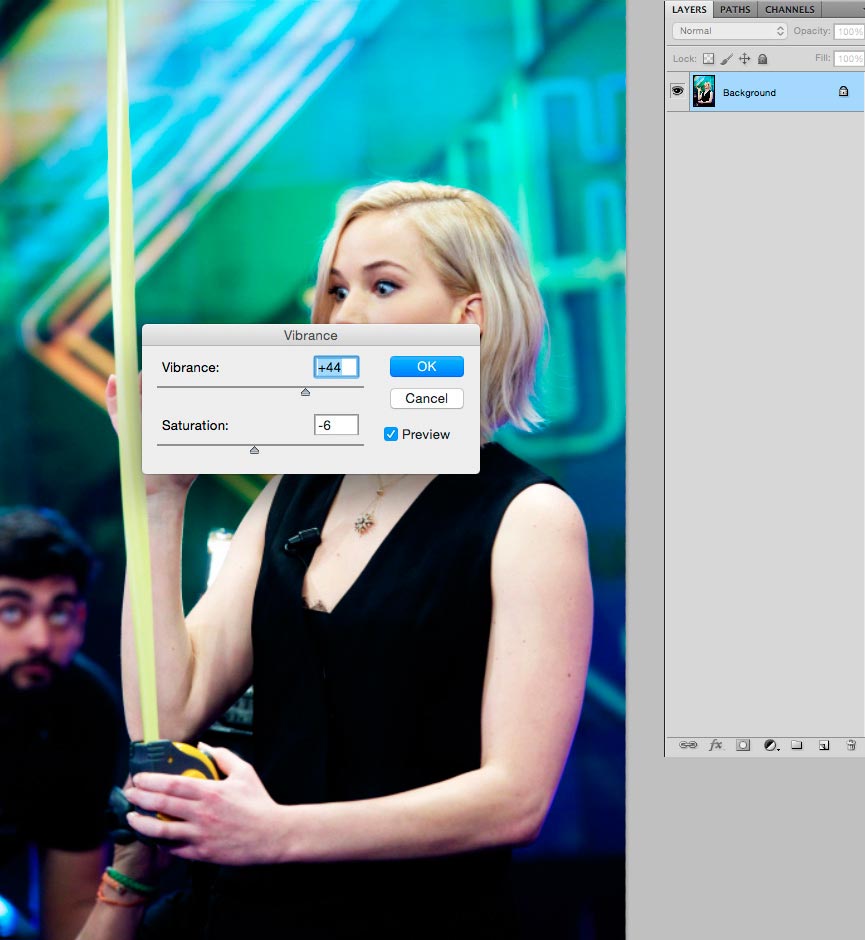 Use the shortcut Cmd+J to duplicate
the background layer twice, then with the uppermost layer selected add a High Pass effect from the Filters menu (less than 3 pixels radius, just enough to get an outline of the features). Change the blending mode of this High Pass layer to Linear Light. 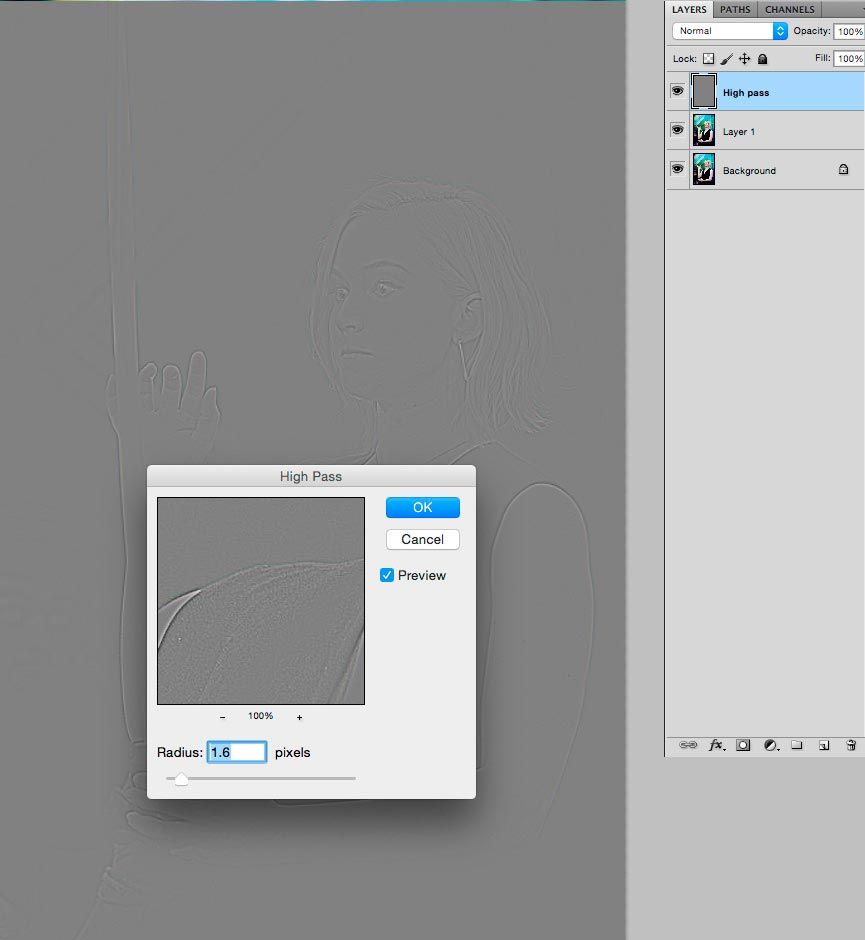 You should be able to see the image drastically sharpen at the edges. The harsh edges will provide the “ingredients” for the swirly paint strokes you will create in the next step.

Merge the High Pass layer
with the background duplicate below it, then Filter > Stylize > Diffuse > Mode: Anisotropic. 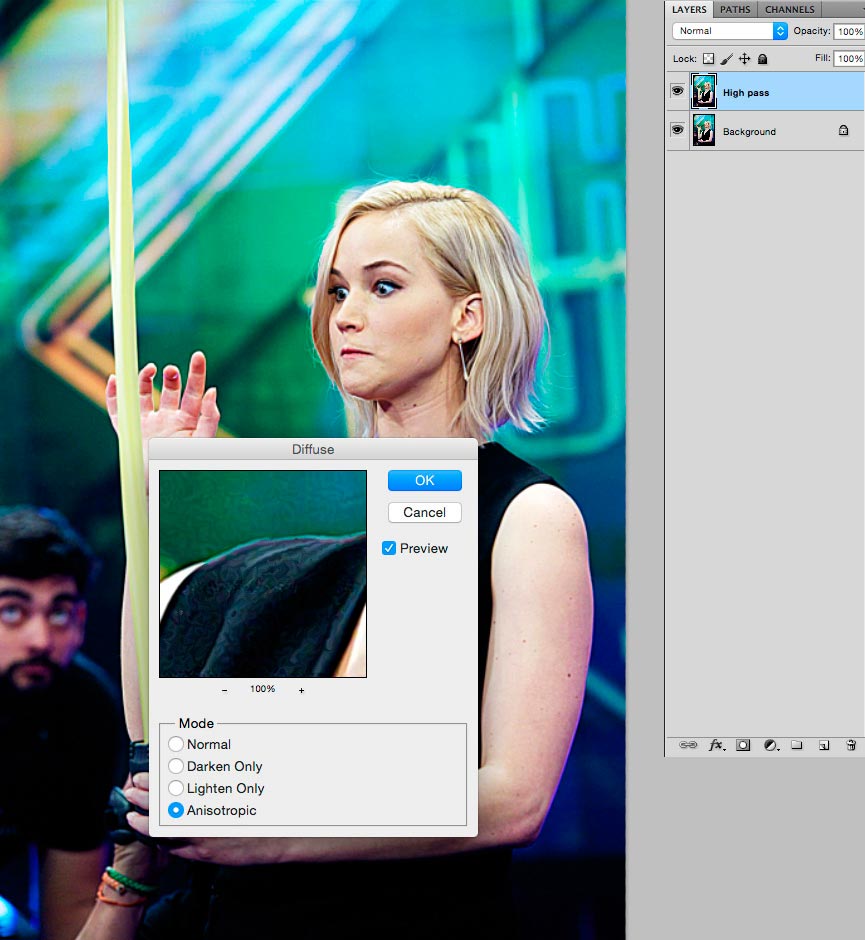 Filter > Sharpen > Smart Sharpen
to bring out some of the details (100% with low pixel radius). 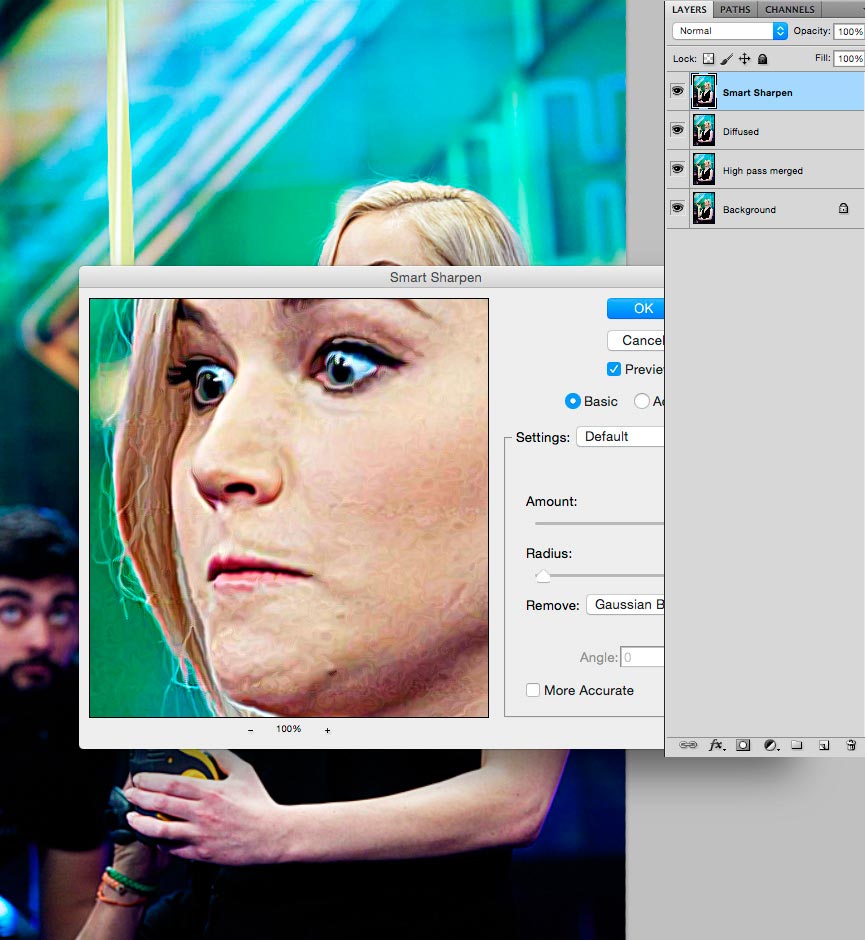 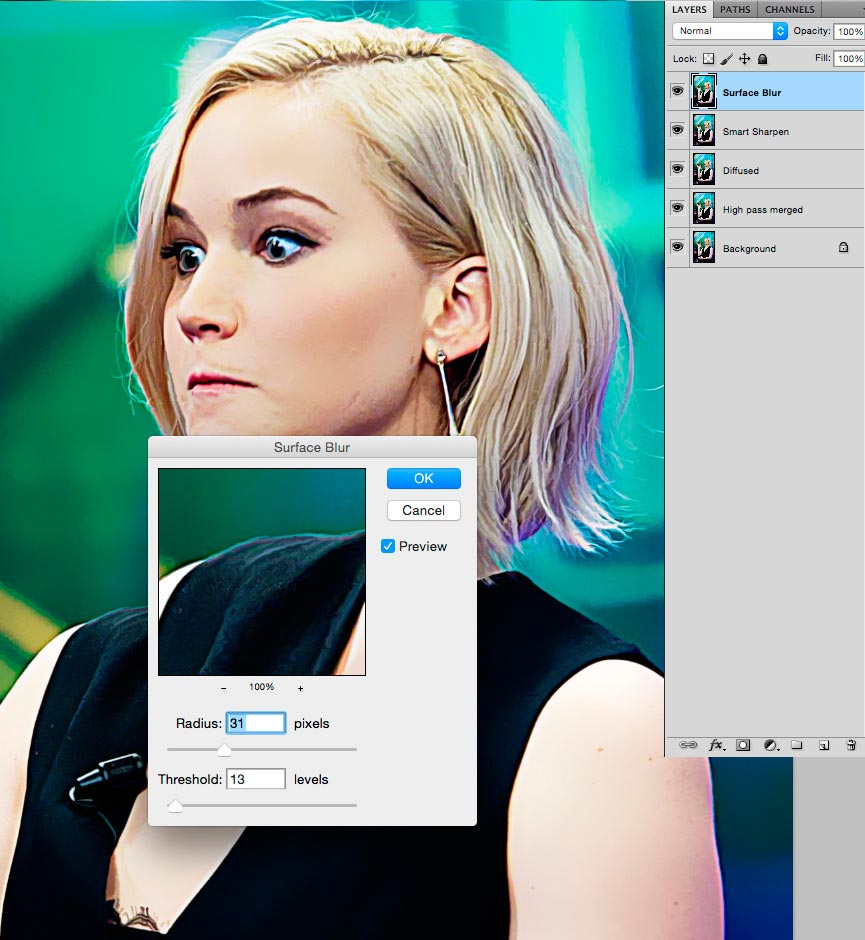 Select all > Copy > Paste into original document. Set blend mode to overlay or saturation to boost the colours, if needed. 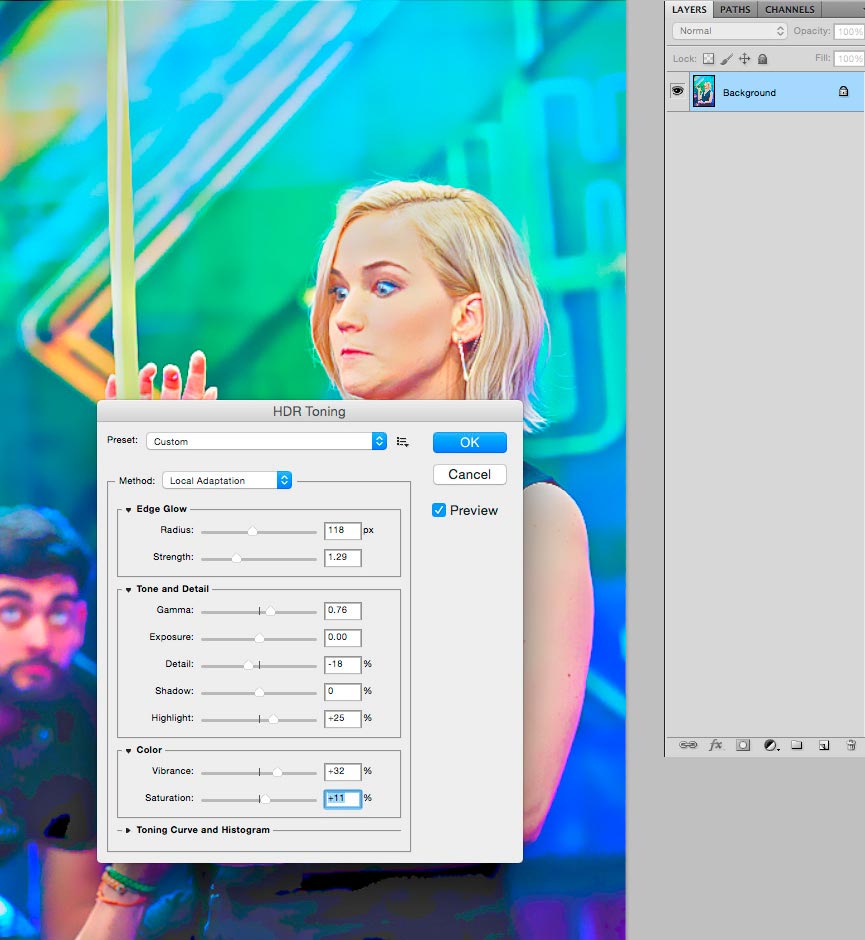 Duplicate the shitty HDR layer, Cmd+Shift+I to invert the colours and apply the Gaussian Blur filter (~5 to 10px).  Set blending mode to Soft Light. This helps to even out the colour tones in the shadows and highlights of the image. 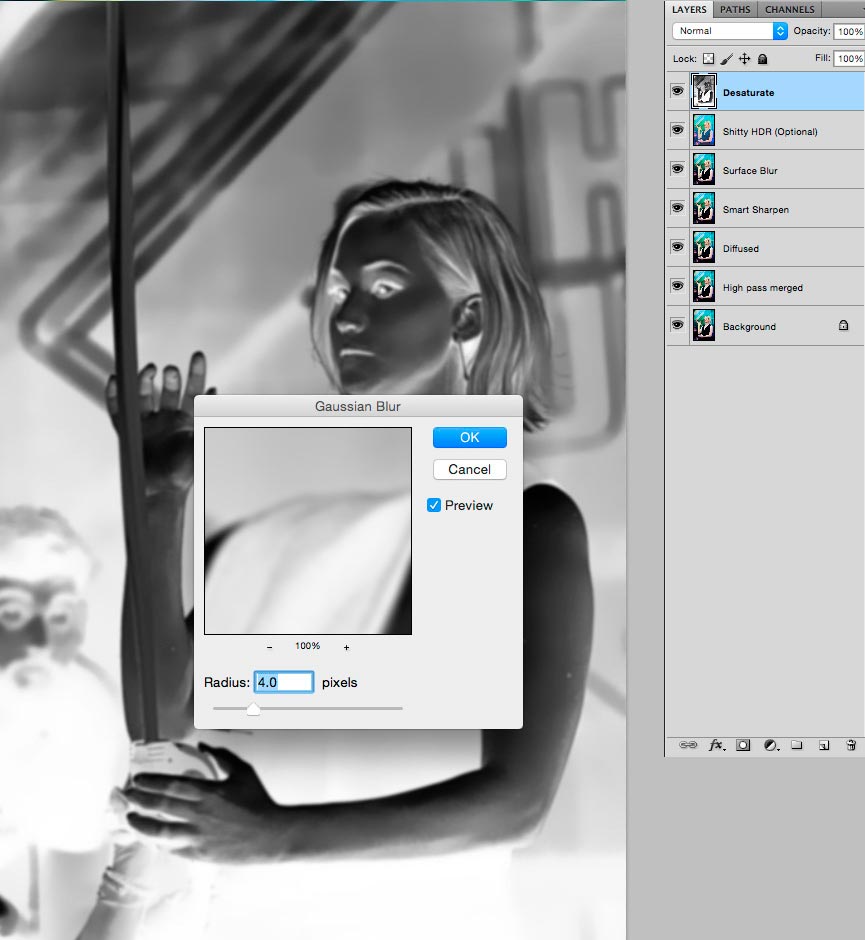 Use curves adjustment to create a big S-curve on the untouched background layer (hehe, big-ass curve). Cmd+J once more and put it above the “painted” layer. 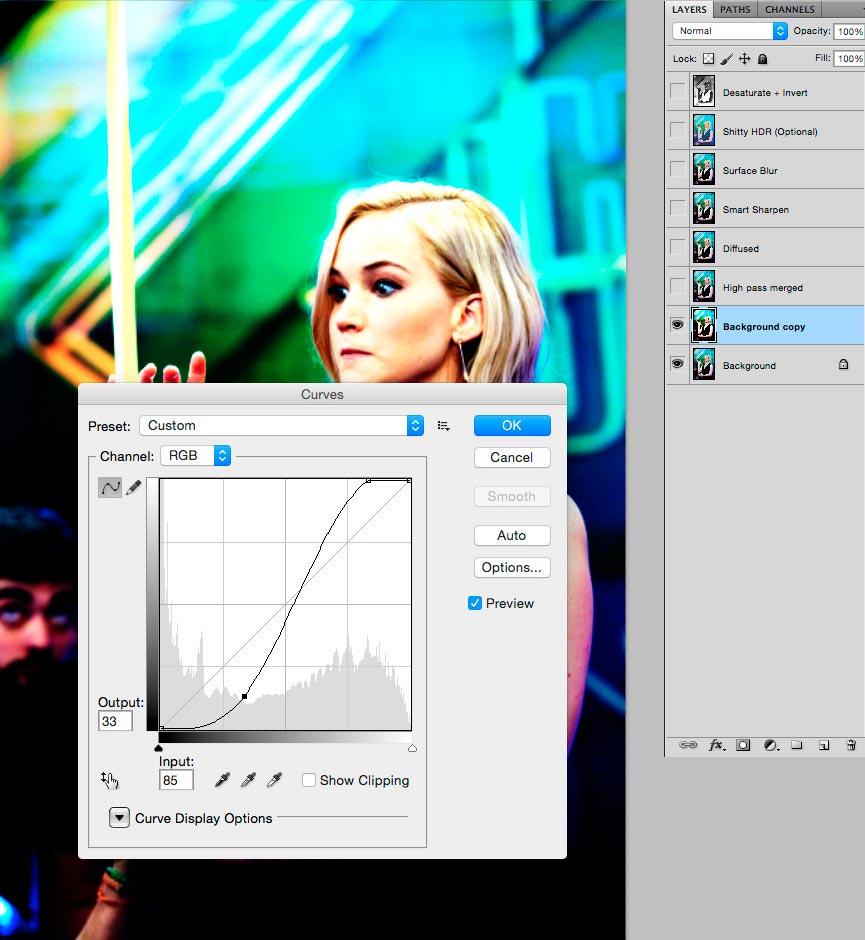 Filter > Other > High Pass between 20 to 50 px. Set blending mode to “Overlay” and adjust opacity to between 20 to 50%. This is mainly for eyes and hair detail—I’ll usually mask out the other areas with a big soft brush. 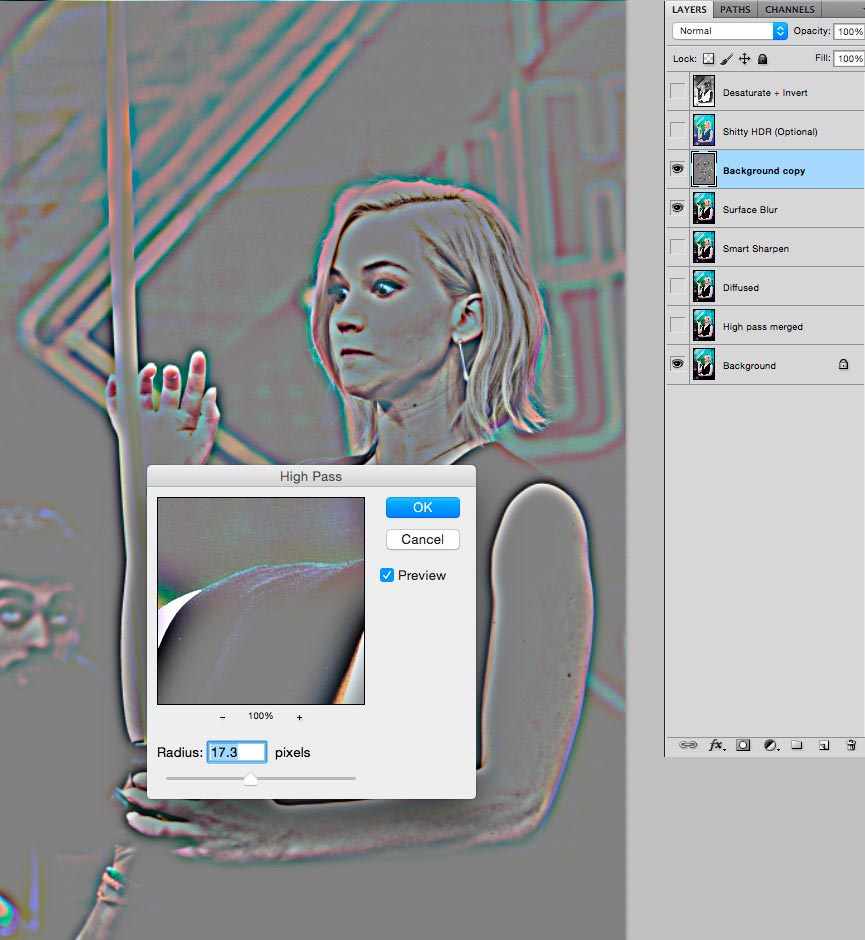 Change layer opacity of painted layer to between 50 to 80% so you’ll end up with the layers in this order: 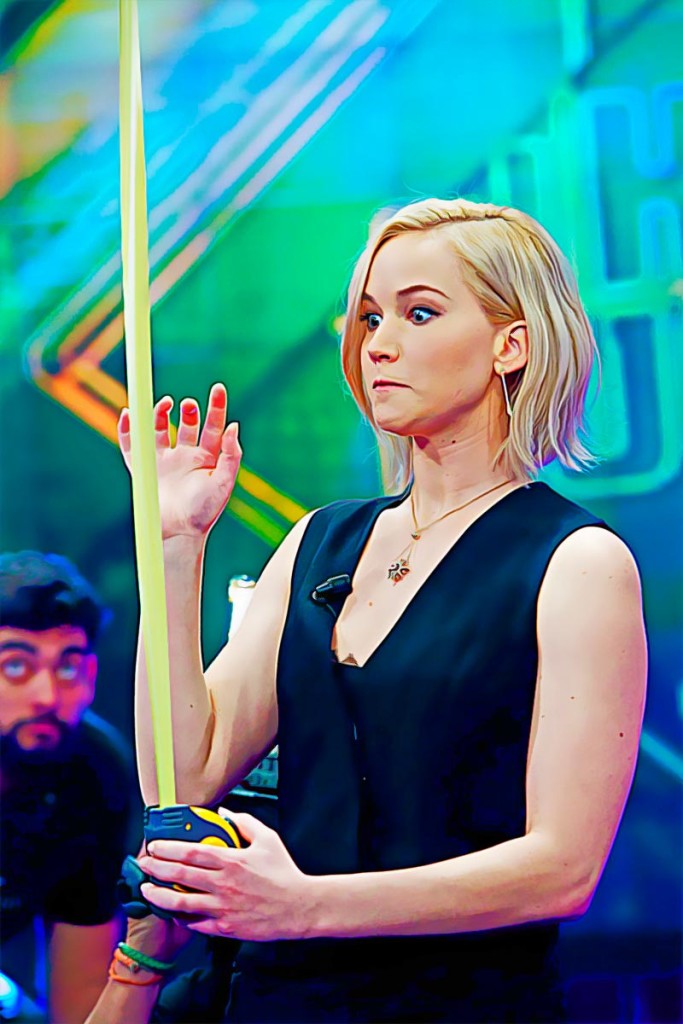 You can use it as is, or merge the layers and create a cutout with the pen tool with 1px feathering on the edges. At this point I’ll usually add a final colour adjustment to tweak the reds and yellows.  Depending on how the final image turns out, I’ll often overlay a copy of the shitty HDR layer from step 8 to boost the colours and make it look more unnatural than it already is.