10-Minute Shop’: “To Photoshop a Poster From Scratch”

Home » Blog » 10-Minute Shop’: “To Photoshop a Poster From Scratch” 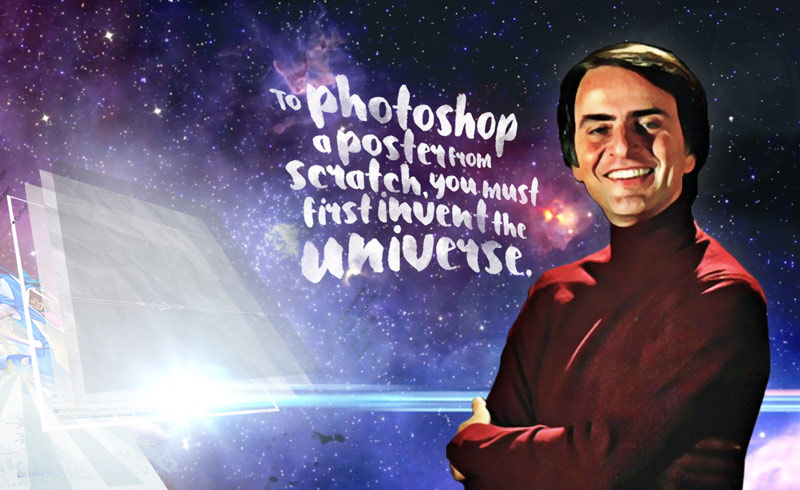 April 10, 2016 Blog, Tutorials 1 Comment
O
ne of the most challenging (and arguably fun) aspect of Reddit’s /r/photoshopbattles is that participants are constantly working against the clock to post their photo edits. Reddit prides itself on being “the front page of the internet”, with its home page constantly being updated with the latest news and funny pictures from the various subreddits. Since most topics don’t stay on the front page of Reddit for long, the photo editors of /r/photoshopbattles have to work fast to ensure that their hard work gets visibility (and upvotes).

As a frequent participant on the subreddit, I’ve grown accustomed to knocking out funny pictures as replies in an online conversation that’s moving at the speed of … something really fast. In this short “tutorial”, I’ll show you how I created one of my 10-minute photoshopped replies.

In a recent photoshop battle featuring someone cosplaying as Pokémon’s Gyarados, I submitted a vintage movie poster that was reminiscent of my NSFW Expectations series of posters. 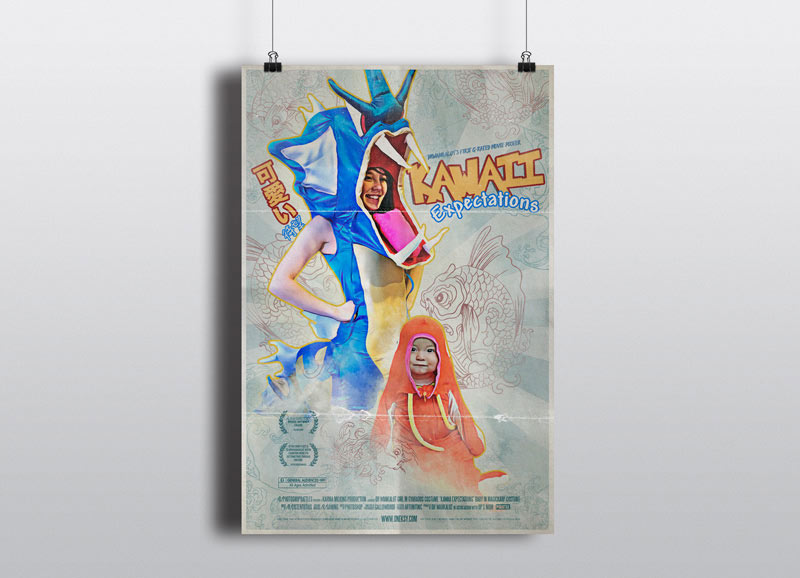 I often get requests to show how certain effects are made through the comments, especially when the posted image is a technically complex one. In this case, somebody replied on my behalf with an overly simplified answer:

I felt that the only way I could tactfully correct the user and show my mild annoyance was to answer the original question with an expanded view of my photoshop layers, and also a reply that says “it’s a lot more work than you think, mate”.


In my haste to create the image I butchered the quote (which I’ve since updated with in the header image of this article), but all things considered, I think this is one of my favourite 10-minute jobs ever.

One of the tricks to creating something quickly is to have a rough idea of what the final image looks like, and to search for the source images in the most effective way. I needed a cutout of Carl Sagan against a colourful picture of the cosmos. So I looked for “sagan+png”, to see if there’s any ready-made transparent cutouts of the famed astrophysicist. 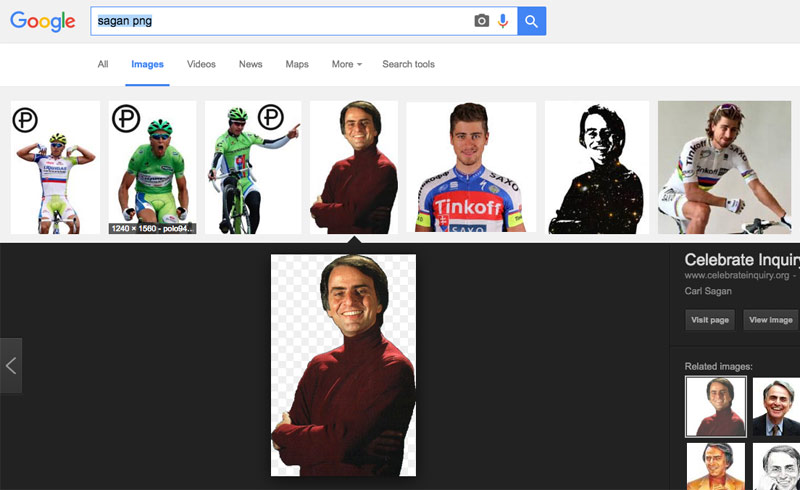 The only cutout I could find was too small to be of any use (200X306px). So I used my vintage hand-painted effect on the cutout after increasing the image size to 1000px tall. The painted effect smooths over and hides any compression artifact from the low quality image. Similarly, I found the background through a variety of search terms such as cosmos, galaxy, space and universe. I found that universe provided the most generic and high-resolution lineup of images, and eventually settled on the one with the richest hues. 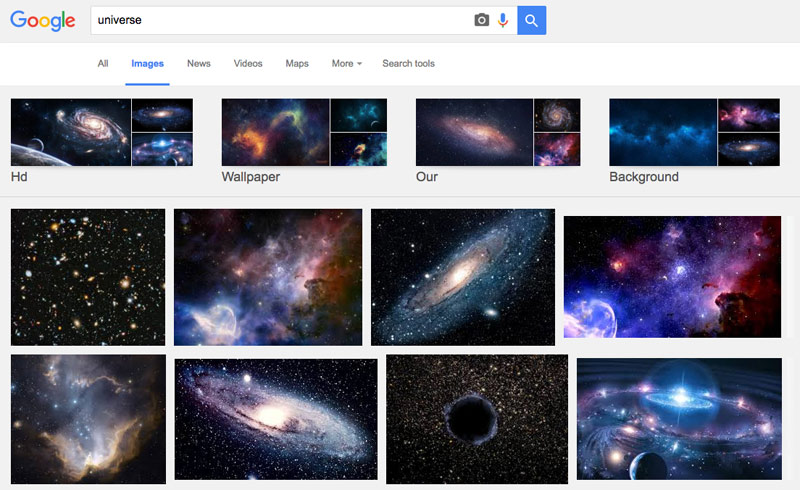 Next, I would need the expanded photoshop layers. These have been prepared beforehand for an earlier reply somewhere in the thread, but it still fits into the theme of a 10-minute photoshop because it is much easier than it looks! Just select all layers, hit Transform > Distort to create the perspective, then spread the layers out. 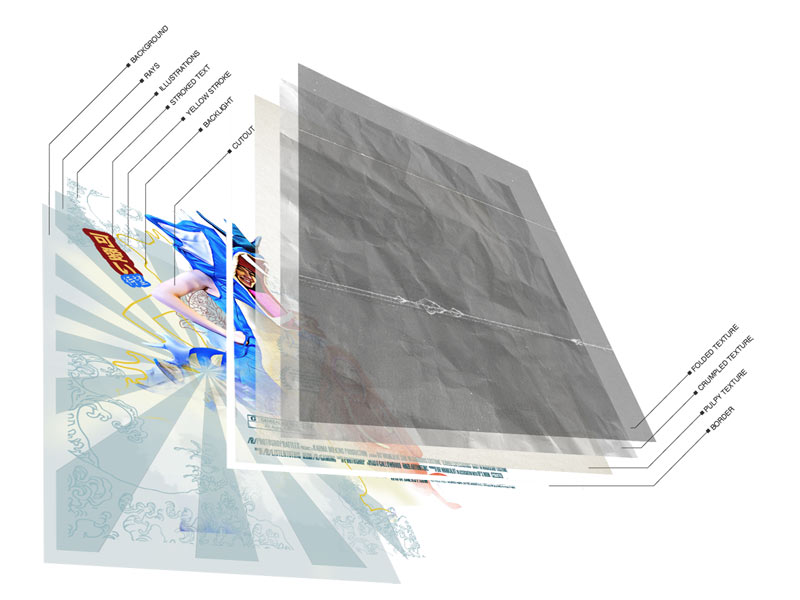 I selected the most “hipster-looking” hand-drawn typeface I could find, but it turns out I’m really bad at remembering what fonts I have installed. I ended up using the aptly and conveniently named Hipster Script. This was the most time consuming part of the photoshop—the individual words were typed on separate layers and resized to look like one of those well-crafted but vapid inspirational mood boards. 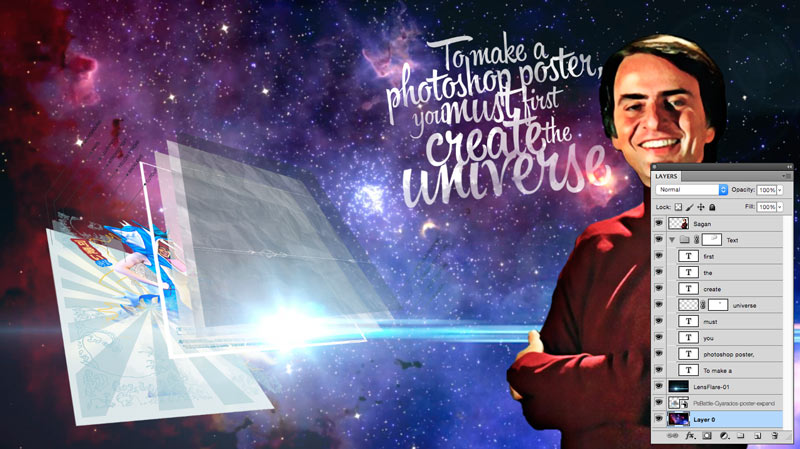 I used a watercolour brush (20% opacity) to lightly go over the text in layer mask to complete the illusion. While working on my updated image, I realised that it is much easier to resize and reposition the text in Adobe Illustrator, especially after converting the text block to vector outlines.

For the finishing touch, I searched Google Images for “anamorphic lens flare” for that J.J. Abrams look. Most of the lens flares are on a dark background, so I used the “screen” blend mode to remove the dark areas. 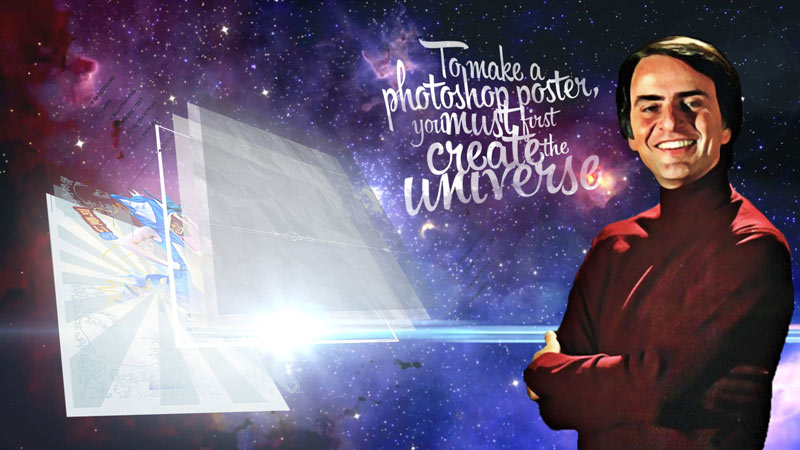 That’s all there is to creating a complex-looking photoshop image in 10 minutes. 50% of the work was finding useful images on Google. This has been fun to document and explain, I may do more of these 10-minute tutorials soon.